We have not read too many stories about Indian film stars who heavily invest in stock market. Most of them take the normal route of mutual funds investment or PMS services. Amitab Bachan was an exception to this. In-fact his experiment with direct stock market investment has given a mixed response. He had few block-blusters hits like just dial, Neuland Labs, Stampede Capital etc, few of them turned to be disastrous. Examples are  Birla Pacific Medspa and Fineotex Chemicals. You can go through his current portfolio here.

Now coming to the latest story, South Indian star Allu Arjun and his father Aravind Babu Allu bought a whooping 10 lakhs shares of Moschip Semiconductors @Rs. 49.05 through their Limited Liability Partnership firm Allure Infra Llp. Moschip Semiconductor is a stock which we detailed in the stock study session pointing out its huge potential for growth for the next 10 years. You can read the whole story here.

In March there were few more positive developments happened in the company. Damodar Rao Gummadapu took over the charge of CEO and Camillo Martino  was appointed as an Independent director. Also company has got the approval from its board to raise a capital of Rs. 1000 crore which is much higher than its current market cap. This clearly shows that the company has huge expansion or acquisition plans in near future.

He is a proven leader, entrepreneur  and  instrumental  for  Techwave’s  rapid  growth.  He  has  tremendous experience and vision for role of technology solutions for business growth, optimization and  expansion.  In  his  leadership,  Techwave  has  not  only  grew  in  size  but  also expanded  globally  in  to  Europe,  Middle  East  and  APAC  regions.  is  the  driving  force behind  Techwave’s  journey  to  Present  position.  His  foresight  has  been  instrumental  in the company’s exponential growth by venturing into global markets and diversifying into varied service domains. 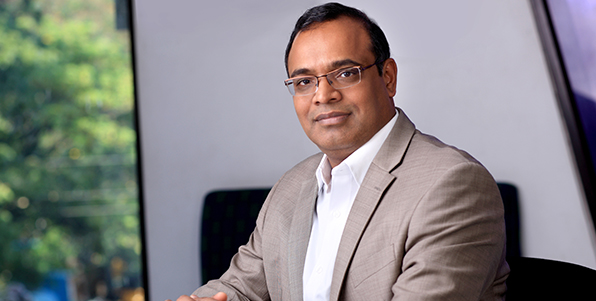 Martino has over 30 years of experience in the high-tech industry, having served in  various  global  executive  management  roles  successfully  turning  around  underperforming  companies  and  also  growing  healthy  technology  companies  in  the  consumer  electronics,  communications,  automotive  and  computing  markets.

Currently,  Martino  is  currently  active  in  the  high-tech  industry  by  advising  companies and serving on company Boards.  Most  recently,  Martino  was  the  Chief  Executive  Officer  (CEO)  and  Director  of  Silicon  Image  Inc.  until  it  was  acquired  by  Lattice  Semiconductor  Corporation  in  2015.  During  his  more  than  five  year  tenure,  Silicon  Image  transformed  from  multi-year revenue declines to become a profitable and with high gross margin.

Prior  to  Silicon  Image,  Martino  was  a  Board  Member  in  SAI  Technology,  Inc.,  a  privately held company. Prior to SAI, Martino was the CEO and Board Member of Cornice Inc., a privately held company.  Martino also held the position of COO at Zoran Corporation. Martino also served at  National  Semiconductor  in  four  different  countries  during  a  nearly  14  years.  This  included  positions  at  its  headquarters  in  Silicon  Valley,  Japan,  China  and  Australia.

Since the company is from Hyderabad and its promoters are from Hyderabad, it seems Allu Arjun and his father have some sought of insight (insider news in raw term😀) about Moschip’s growth prospectus. Lets see where it is heading but wishing Allu Arjun a block-bluster from Moschip!!