According to the latest share holding pattern, Our Master Portfolio Member Dolly Khanna accumulated 406,369 shares of Srikalahasthi Pipes, Pig Iron manufacturing company. Along with Dolly few seasoned players also increased their stakes in this less known company. When Dolly’s percentage holding comes to 1.02%, Morgan Stanley Asia (Singapore) Pte increased their stake from 1.06% to 1.59%. Anil Kumar Goel, a well known investor in the Indian Equity increased his stakes from 1.32% to 1.45%.


Srikalahasthi Pipes Ltd formerly known as Lanco Industries Limited. The company was incorporated in 1991 by Lanco Group of Companies to manufacture Pig Iron using Korf (German) technology and Cement. The unit is located at Rachagunneri Village on Tirupathi. The installed capacity of Pig Iron was 90,000 TPA and with similar capacity 90,000 TPA for cement. 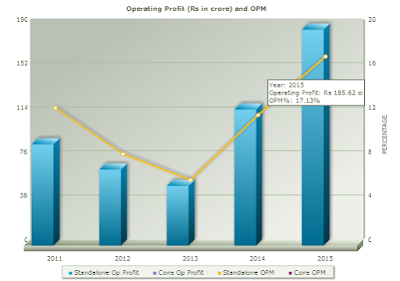 The operation of the cement unit of the Company was suspended for various reasons and the unit was reengineered for producing a different product mix having potential in south India. As a measure of forward integration project for adding value to the Pig Iron manufactured by the Company, Lanco Industries floated another company named Lanco Kalahasthi Castings Limited (LKCL) in 1997 to manufacture iron castings and spun pipes in the same campus of the Company with an annual capacity of 40,000 TPA and 35,700 TPA respectively.

Accordingly, LIL had an arrangement with LKCL for supply of molten iron and Pig Iron to LKCL, being a value added product, as such iron pipes manufactured by LKCL offered better returns. At a time when the Company was exploring financial and technical strategic alliance with Indian / Foreign Partner, Electrosteel Castings Limited was also looking for additional capacities for producing spun pipes. Considering the synergies involved, Lanco Industries Limited entered into a strategic alliance partnership during December 2002, with Electrosteel Castings Limited (ECL), Kolkata a leading manufacturer of CI, Pipes and DI pipes. This was win-win situation for both LIL and ECL. After takeover, a financial re-engineering and restructuring of LIL was undertaken by ECL. 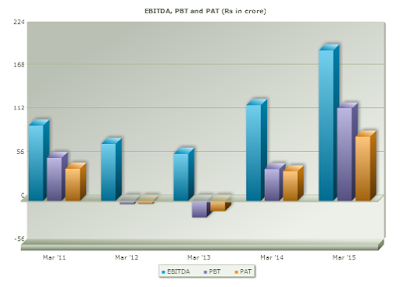 The Indian steel industry has entered a new development stage since 2007–08 and is riding on the resurgent economy and the growing demand for steel. India’s 33 per cent growth in steel production in the last five years was second only to China among the top five steel producing nations, according to data by World Steel Association.

India is the fourth largest producer of crude steel and the largest producer of soft iron in the world. Presently, the Indian steel industry employs around 500,000 people while the per capita consumption in 2013 stood at around 57.8 kilograms. However, these figures are expected to rise with increased industrialisation throughout the country.

The demand for steel in India is expected to rise by 4-5 per cent this year and will touch a compounded annual growth rate (CAGR) of 15 per cent after FY17. Given the government’s high focus on jump starting stalled projects, followed by pushing large flagship projects, including the freight and industrial corridors, it is expected that India will begin moving back on the path of materials intensive growth by the end of this year.

Taking all these factors into considerations, lets see where Srikalahasthi Pipes will end up in an year time frame.  CPM of the stock is 311, trading at a reasonable PE of 12.