Markets have given tremendous returns recently, and we were not comfortable to suggest any stock. However the recent short lived correction seems to be the best we can bargain for now. This is one of the characteristics of classic bull market. Nifty seems like headed for 10k !!
We have been tracking quite a number of companies, but somehow the price of many does not attract us to take a dive in at this point of time.
Lets take company operating in a well known sector trading at high P/E . Having said that, Aro granite industries has managed to stay cheap when compared with the sector valuations. The stock has rallied in recent times hence we waited for an correction to come, and with a 10% correction ,now seems a good time to start accumulating on dips with a 2 years horizon. 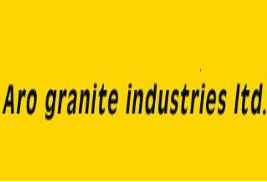 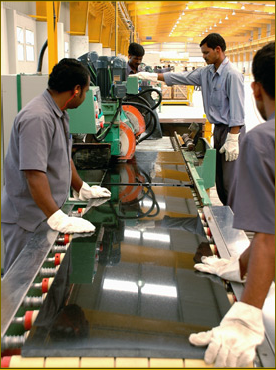 Company Background
ARO Granite Industries (AGI) was incorporated in 1988 as a 100% Export Oriented Unit for processing polished/flamed granite tiles by Mr. Sunil and Prem Arora. ARO started commercial production in 1991 with an initial installed capacity of 72,000 square meters at Hosur. In the year 1995 the company went public to part finance the expansion and shares were offered at INR 10 premium. In 2001 the company started a second unit to process Granite random slabs with an initial capacity of 168,000 square meters.The company now exports its products to North America, South America, Europe and Far East markets.The company has since grown from strength to strength and has established itself as a leading granite exporter in India.
ARO is slowly changing in focus and is shifting towards the domestic markets to reduce the dependencies that may arise due to currency fluctuations.
Products
Granite Tiles & Slabs
The Tiling plant has 4 Nos. of Pedrini Block Cutters and 2 Nos. of Pedrini Polishing Machines with an installed Capacity of 1,80,000 Sq.Mtrs per annum.
A New Tiling Plant with an additional installed Capacity of 3,60,000 Sq.Mtrs per annum has been comissioned.
The Slabs Unit is equipped with 8 Nos. of Gaspari Super Jumbomatic 480 Series Gang saws (350 x 210 x 480) 2 Nos. of 20 Heads Pedrini Polishing line, 1 No. Grinding line of 12 Heads and 1 No. of Resin line
(Epoxy line) along with other required machineries with the installed Capacity of  3,90,000 Sq.mtrs per annum.
Consistent growth
Sales has been growing steadily.Bottom line too has been growing at a good pace expect 2012, where the company had expansion plans.This is acceptable in all senses. Recently the profits have almost doubled . Its true currency movements also has give its share of profit. Even otherwise there is an considerable change in bottom line. 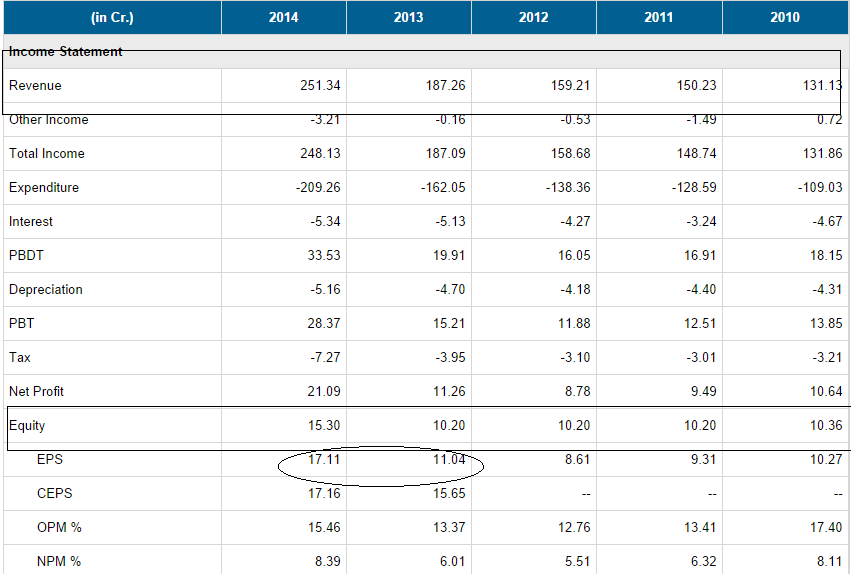 Dividends
Company never missed dividends from 2001. We appreciate the management for this.
Regular bonus
Company has been giving 1 share for every 2 shares held, every 5 years. The recent bonus issue was concluded recently.
Released Pledge shares
During March 2013 – June 2013 period , all the pledged shares have been released and now stands at 0% pledge !!
After a long time – technical breakout seen
Stock has been consolidation for a very long time in a narrow range. Most of the impatient investors have exited and now the resistances are weaker than in the past. Technically we can see 100 levels in the short term once 70’s breaks out. Please note we are not motivating investors for short term gains. Value investing is all about patience.

Risks
Rise in raw material cost
This is a usual problem with most of the companies. However ARO has done a good job as we have seen from the past performance. Since the management is experienced we are sure with the cost management at ARO in the future too.
Debt
For a growing company debt is very common. We believe debt is low and in comfortable zone. Once the interest rates starts seeing south, which we expect to happen anytime after coming 2 quarters, it will only benefit ARO positively.
Currency
However Indian economy is expected to do better going forward, INR strengthening might take some more time. One can take a call if we see unexpected turns on the currency movements going forward.
Conclusion
The company mainly exports, and hence rupee plays an important factor. In-spite of the new government taking charge, in spite of markets rallying so much with huge FII flows, in-spite of so many positive things happening in the economy – INR has stayed above 60, and not showing any signs to come below drastically at least for some time now.
The business here is not like our previous recommendations where waiting longer can only fetch more gains. ARO is closely linked with currency and raw materials prices.
The strong reason we are suggesting ARO for 2 years is because of Modi’s determination with respect to infrastructure and housing which we believe , makes ARO an attractive bet.
We are not a big fan of the business or the fundamental aspects, but on a strict PE valuation the stock looks very cheap which may prevent any downside.
ARO is not highly fancied on the bourses right now. Having said that it was difficult for us to ignore a company which has been constantly growing along with consistent dividends and regular bonus !!
CMP @~68.