Radhakishan Damani gets into India Cements

Radhakishan Damani, a stock market veteran and owner of hypermarket chain D-Mart,gets into South India’s biggest cement manufacturer- India Cements. At IndianHiddenGems,we closely watch the market activities of such kind of ace investors who are setting up the ideal path for retailers and small scale investors.
Radhakishan Damani was holding a whooping 7.5% of Gati shares which he bought at around Rs 60 in 2014. But in the last financial year ending, his holding had come down to 3.36% where Gati touched an all time high of Rs 345. Now its clear that he has diverted that profit, – its in India Cements and  five-star hotel Radisson Blu Resort & Spa in Alibaug, a popular coastal town around 100 km from Mumbai. 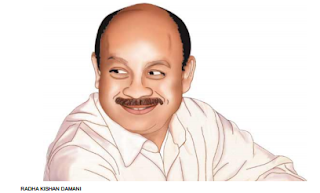 Radhakishan Damani’s investment company, Derive Investments, bought 2071580 shares of India Cements on 25th June at Rs. 86.61 worth Rs. 18 crore. Hope you all know that India Cements is run by N Srinivasan, the strongman behind the BCCI and Chennai Super Kings, the Chennai IPL Team.

Why India Cements and Cement Sector

Cement demand is likely to improve gradually with a medium term outlook in line with the recovery in infrastructure, investment cycle and overall economy. The weakness in the international crude oil prices and other commodities such as Coal that too has helped in bringing costs under control and improving profitability of the sector.

According to analysts, demand for cement is likely to improve only in FY17 when government-led projects are expected to be in execution mode.

2 thoughts on “Radhakishan Damani gets into India Cements”