Camlin Fine Sciences Limited (CFS ltd.) is focused on a vision to be the largest food antioxidant and ingredient manufacturer worldwide. Company is planning to achieve the mission by placing the needs of their customers first, creating quality products, innovating technology, and fostering continuous improvements of people, products, and processes.

Recently, Board of Directors of the Company has approved setting up a Subsidiary in USA in place of joint-venture earlier approved. The said Subsidiary will undertake manufacturing, trading and distribution of antioxidants, food ingredients, blends, formulations etc in US and Canadian markets and further authorizing the Committee/Company officials to take necessary steps in this regard.  Board has also approved to raise funds not exceeding Rs. 150.00 crore by way of QIP/GDR/ADR/FCCB/other securities linked to equity / preference shares / any instrument or securities representing convertible securities and to increase the authorised share capital of the Company from Rs. 13.50 crore to Rs. 15.00 crore, subject to approval of shareholders. 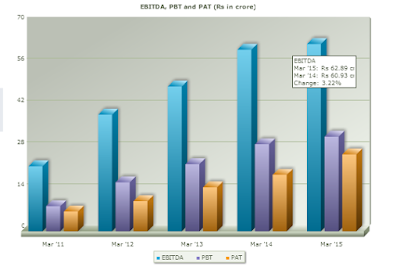 Most of the brokers are highly bullish on Camlin Fine Sciences. Daljeet Singh Kohli of India Nivesh Securities bas given a buy call last week. According to him Camlin Fine Sciences is actually a story for two to three years. The chemicals that they make, they hardly have any competition in India. There is only one major company which is called Rhodia that is major competitor to them. They are into food preservative products basically, hydroquinone. One and half years back, they bought a company called Boehringer in Europe which actually gave them this technology and that was the game changer for the company.”

“The trigger pint is also coming from there only because of that technology now being available, the company is going for an expansion in Dahej for which the project has started which will come up in second half of FY18 and then full ramp up will happen in FY19. They have to import everything from this European subsidy. As a result, 55 percent of the European subsidiaries business is internally consumed. So, it is not showing up in the numbers,” he said. 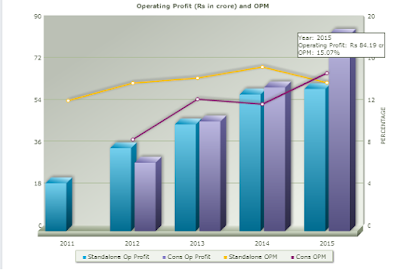 “Both these triggers will work in FY’18. Now from here till FY’18, the trigger will be the launch of new products. They have something like 30 odd products in the pipeline which will keep on coming like four or five products which are already in the trial stage. They have already started giving it out to the customers. They will try for the next three to six months. So, those numbers will start coming in. So, there are a few continuous triggers till three years and then in the next three years, there is a big trigger which will be from the new facility. Once that comes in, from FY’17 to FY’18, revenue growth projection for our model is 50 percent and from FY’19, it will be another 50 percent. So, that means, in FY18-FY19, from current level, we will be at least three to four times higher. So, that is the difference the new project will make.”

“In terms of valuation, there is actually no comparable, but if you still compare with other chemical companies, you will find that this actually has a return equity of almost 20-25 percent and return on capital of almost 30 percent but still trading at half the valuation. We believe that once those numbers will start coming in, there will be more visibility, this gap will narrow down. Therefore, the stock can actually appreciate to a much larger extent. As of now, for FY’17, we have given a target of Rs 136, but this can be definitely revised upwards,” he added.