As per NSE bulk data on 24th November 2015, Our Master Portfolio Member Porinju Veliyath has bought a small cap breweries and distilleries company named Globus Spirits.  According to NSE data, daughter of Porinju Veliyath, Ms. Shilpa Porinju Veliyath scooped out 155000 shares of Globus Spirits @Rs. 66.30. The stock hit upper circuit of 20%, after the news. Along with Porinju, Rajasthan Global Securities also bagged 321000 shares at a rate of Rs 65.82.

Back in 1994, Globus Spirits started its humble operations with a distillery in Samalkha, Haryana having an installed annual capacity of 14.4 million bulk litres. After pioneering grain based distillation in India in 2001, annual production has now crossed 84 million bulk litres across three distilleries, with a captive bottling of over 18 million cases per annum, making the company amongst the largest grain based distillers and bottlers in the country. 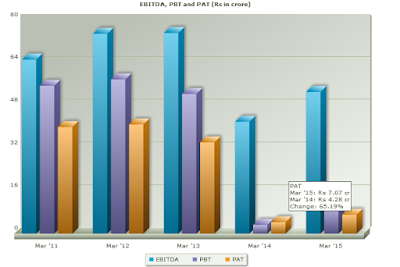 Globus Spirits  expects its EBITDA margins to grow to 10 percent from 8.5 percent in FY16 with its capacity utilization to be well over 80%. In an interview to CNBC-TV18 in May 2015, Shekhar Swarup, Executive Director (ED) of Globus Spirits said the company has seen a 22 percent growth in its manufacturing business. He attributes this growth to the price increase in consumer space and inclusion of more value added products.