We always believe value lies in the business and not in P/E or price as such. Dhanuka Agritech Limited fits exactly as a valuepick as the future looks brighter than ever. Since the business is cyclical in nature, one has to approach with a pure sip type while investing to average out volatility. However long term we are sure that dhanuka can give superior returns.
Company overview
DhanukaAgritech Limited is in the business of crop-protection chemicals. The company reaches out to more than 10 million farmers with its eco-frlendly high quality crop care products. The Agri-Division has a pan-India presence through its marketing offices in all major states in India It has manufacturing units at Gurgaon, Sanand&Lldhampur. It has one of the largest distribution networks in India with over 7,500 distributors/ dealers selling to over 70,000 retailers and ultimately benefitting 10 million farmers across India.
DhanukaAgritech Limited has always laid special emphasis on eco-friendly formulations,, low-dose active pesticides, integrated pest and weed management. Numerous measures taken by the company in the line of educating farmers regarding use of pesticides, directly and through its field force of Thantika Doctors; rain water harvesting and adopting better agricultural practices, coupled with an aggressive growth strategy have contributed to the company’s growth over the years.
The Company keeps adding new products every year through its collaborations and is continuously on the lookout to bring the latest technology to Indian Farmers.
DhanukaAgritech Limited, keeps its research and development for quality products and services at highest level from the very beginning .Today its perhaps one of the largest R & D team led by a highly acclaimed agri-scientist assisted by around 30 senior distinguished Scientists/Technocrats, having vast experience of working in the Indian Council of Agricultural Research (ICAR), State Agricultural Universities (SAU), and other research organizations based at strategic locations across the country.
The Company has technical tie-ups with 4 American, 5 Japanese & 2 European Companies. 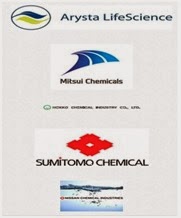 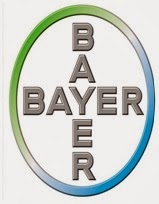 DhanukaAgritech Limited is a part of Dhanuka group and is the umbrella company for the business of Agro-Chemicals,Fertilizers, and Seeds.The Company is operating in pesticides formulations and seeds business. Volume of seeds business is, however, negligible as compared to total business volume.
Major portion is coming from Agro-chemicals i.e
Insecticides: These are Agro-chemicals used against insects’ attacks
Herbicides: Also commonly known as weed killers, are used to kill unwanted plants
Fungicide: Chemical compounds or biological organisms used to kill or inhibit fungi or fungal spores.
Dhanuka is one of the fastest growing companies in the sector with a compounded annual revenue growth of over 20% for the last 5 years.
Dhanuka also bagged a coveted place in the prestigious ‘Forbes Asia – 200 Best under a Billion list for the third time in last four years in Asia – Pacific region.
Let’s see what made us think it’s worth investing in dhanuka ??
Well experienced Management
MK Dhanuka, Managing Director, Dhanuka Agritech Ltd holds Bachelor’s Degree in Commerce from Delhi University. He is the Managing Director of Dhanuka Agritech Limited and has a vast and enriched experience in the agrochemical industry. His knowledge of Finance and multi-faceted experience adds much needed expertise in those areas which are necessary for the effective functioning of the Board and the Committees.He has been managing the overall affairs of the Company and has been a key contributor to the success of Dhanuka. His foresightedness and business acumen enabled the Company in constantly achieving its goals. He has been re-elected as President of HPMA (Haryana Pesticides Manufacturers Association) for the 7th the year 2013-14.

Promoter holding
With 75% promoter holding it becomes one of the safest bets . This is not pledged as well.
Consistent Dividends
The companies dividend payout is on the rise. There are interim dividends as well 🙂
FII holding
Danuka Agritech sold 8% stake in the firm to Mauritius-based private equity player 20-20 Equity Investors for Rs 34 crore in 2010 to raise capital for expansion programme.
Brand Building
Dhanuka also roped in Bollywood superstar Amitabh Bachchan as brand ambassador for its products. Bachchan will help in harnessing agricultural prosperity by taking Dhanuka’s message to the masses.
The management is coming to media to discuss the performance of the company more frequently than earlier. This shows the transparency and willing to share the data with shareholders.
Asset Light model
Dhanuka investing Rs 50 crore on a new manufacturing plant in Rajasthan and is expecting at least 25 per cent growth in revenue to about Rs 750 crore this fiscal on better monsoon. Construction has started and the first phase is expected to start from December 2014.The investment would be funded through internal accruals. The company is debt-free.
It has 3 units in Haryana, Gujarat and Jammu & Kashmir to produce over 80 plant protection chemicals. The Gurgaon-based firm had posted net profit of Rs 64.44 crore and a turnover of Rs 582.3 crore in 2012-13 fiscal.
The secret of high ROE is that light investments made and its contributions to the business are huge.
Wide Product portfolio and increasing every year
The company’s newly launched products – Lusture, Dhanzyme Gold, Fluid and Fuzi super – have received a good response; the company plans to launch two new products every fiscal over the next two to three years. The demand prospects are bright, driven by an expected good rabi season and encouraging response from newly launched products.
Huge potential to exploit
Agriculture is one sector which has been languishing for years, although majority of our population depends on it for their living. The reasons for slow growth are quite evident from the fact that we have been laggards w.r.t implementation of new technologies to our agriculture system. It’s only recently that we are seeing some state governments giving emphasis to improved irrigation system. Average per hectare consumption of agrochemicals in India is comparatively lower than consumption in USA, JAPAN and other developed countries.
However, the lack of implementation over the years, and the renewed focus on improving the average productivity per hectare, gives a sense of confidence about the bright future the agrochemicals companies in India are entering in. Dhanuka is one such company, which is penetrating into this business, and is doing well.
Expansion plans
Dhanuka is looking for major growth in Andhara Pradesh, Gujarat, Maharashtra, Madhya Pradesh and Karnataka. It has already achieved net profit of Rs 49.40 crore, and revenue of Rs 419.53 crore, in the first half of this fiscal, 2013-14 and have given good Q3 results also.
Conclusion
It’s evident that the Indian agrochemical industry has great potential to grow. Although, input cost of agro-chemicals has increased in India but still overall cost of production of agro chemicals in India is much lower in comparison to Western countries. With the advancement of Indian Technology, and the renewed focus on the agriculture as the sector, Dhanuka provides a safe investment option.
It is no joke to convince Indian  farmers to make them use a new product. To be able to pursue them to use a new product, they need to be told the benefits by meeting each of them personally. I am sure Bachchan Sir can do great things here in convincing the farmers.
For a growing company one should not judge the stock based on p/e alone. One which looks costly today will remain costlier until growth stays. However p/e is on the rise.This trend can be expected to follow due to high ROE it commands in the sector.
Returns are only just starting and there is much more to come. Any time is right to enter a stock when the business visibility is good. But dont buy on rallies.Wait for consolidations !!!
Advice to go on a pure SIP mode.
CMP @ ~201.
Happy investing Guys!!