Whats the fun in value investing if there was no risk at all 🙂
Well.. this month stock i.e Sequent scientific , some of you might have already noticed this.some might argue that it’s a operator driven stock which has no fundamentals and not worth analyzing this. Well you are right, but with a small correction.We would say it’s a promoter backed stock and not operator driven stock !!! The moment we understood this , started digging more to see if we would get any conviction here. Well surprisingly it turned out to be a very high conviction bet 🙂
Company overview
Sequent Scientific Limited is an integrated pharmaceutical company with a global footprint and a proven expertise in pharmaceutical /life science products & services and industrial products. It operated in both human and animal health care.Sequent has carved itself a niche in the fine chemical and pharmaceutical industry with a stellar reputation for research capabilities, stringent quality standards and manufacturing flexibility.Sequent  is the world’s largest producer of Veterinary Anthelmintic API’s and having strong alliances with Orffa B.V, which is the world’s largest veterinary pharmaceutical marketing companies. It is one of the largest supplier of Anti- Malerial API’s to CIPLA .Has  5 manufacturing facilities located at Tarapur,Mangalore,Panoli,Mahad and Ambernath.

Its R&D centers are located at Bangalore and Mangalore with more than 120 scientists. In veterinary API division sequent manufactures more than 20 products.Sequent is also producing many formulations under its own brand name in vetenary segment. As on March 2013 , company filed 37 Drug Master Files (DMF) and another 21 is under progressing .
Beginning of the Growth journey

It is always said that bright days follow after series of bad days . This exactly is the case with sequent also.
FY 2011-12 was an bad year for Sequent .There were two accidents in two of their facilities which resulted in production stoppage also. In September 2011 ,there was a gas leak at its Tarapur unit which took the life of 4 employees.  On February 03, 2012 a fire broke out in its existing Panoli facility which disrupt the production.As a result of these events ,its net profit nosedives from Rs.16 Cr to just Rs.1.5 Cr in same FY. After this company started to post huge losses quarter after quarter till date.
Reasons for high conviction
Promoter background
After PLDP taken over by the promoters of strides arcolab  in 2007, its turnover moved from Rs.68 Cr to Rs.335 Cr in just five years through organic and inorganic route. Now every promoter group has a style in running the business. Promoters of strides arcolab are very well known for wealth creation. The recent sale of Agila, a subsidiary for huge amount, its evident that they know how to create wealth. This money was shared with shareholders also in the form of hefty dividend. 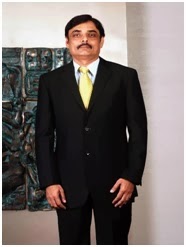 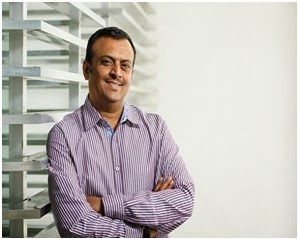 Sequent is not a sinking ship even though its making losses at present. The cash rich promoters are pumping cash to the company by subscribing warrants. Already 3 tranches were alloted to the promoter group at the price of 120, 172 and a recent one @ 135.
As a result promoter holding has increased to ~64% from ~59% a year ago.
High HNI holding
Around ~25% of holding is locked with HNI’s. Satpal Khattar holds around  ~6%. Now we need not give an introduction on Satpal Khattar.
Niche Buisness

Investors are running behind every pharma company which manufactures generics for US and other regulated markets.
We need to understand that with no serious player in the veterinary generics market,Sequent will be the largest Indian company in this space for exports in the future. “It either become a fantastic cash flow model or a valuable asset.” – As one of the promoter has rightly stated .
Price movements not justifying fundamentals
Well stock price has been very volatile. From as low as 50 to all the way to 250 in time. Again from 250 to 80 in no time. Then 80 to 220 in a month and now @ 186.
There is no reason justifiable for this price considering its present balance sheet. Inspite of a volatile markets the price is behaving in its own way against ones imaginations !!!
USFDA approved site
Mangalore unit received US FDA approval recently. From now on sequent will expand focus from lesser regulated markets to regulated ones.This will open tremendous oppurtunitites in the coming years.Getting a USFDA approval for a drug is no joke. Many DMF will have to be filled before getting a actual drug approved. This approval would enable  to tap the large pharmaceuticals markets and demonstrate Sequents’s strengths related to economies, quality, product portfolio and will processes to craft a new journey of value creation.
Joint ventures
By leveraging upon in-depth knowledge in veterinary segment , Sequent formed a  joint venture company along with Shasun Pharmaceuticals, a leading player in Indian API industry. The JV Company will focus on developing, manufacturing and selling veterinary products inclusive of both API and formulations in the global market. Now sequent can concentrate on both human and veterinary segment equally.
Conclusion
It is only a matter of time until things start swinging sequents way . For any company there is a period of expansion and a period where the investments made on the expansions start paying off. Sequent is on a verge of giving returns for the investments made by the promoters via warrants. We feel there is no better time to enter into this gem. Stocks trading in T group due to volatility in the recent price movements. Management has issued stock grants to employees to retain talent and to grow the business aggressively.Company looks ready to launch as all the background to start a new growth story is built strongly.

Veterinary generics a niche business which can pay off heavily as there are no serious competitor in this space coupled with less free float can take the price to unimaginable levels.

For investors who are not looking at fundamentals much but believe in the business should start accumulating .We Expect it to give huge returns by this year end itself 🙂
CMP @Rs. 186
Happy investing Guys!!