Sometimes its surprisingly funny when markets completely ignores a sector for no reason which is doing extremely good. However we have seen from history that patience always pays well at the end.
Current Rally has taken everything to sky with no sector left behind. But there is one sector which has contributed much to reduce the Current account deficit and has been witnessing a good amount of exports in the recent past.  Yes its textiles sector, and is one sector which seems to be totally lost its way and not participated in the current rally. So we will go with the leader from this particular sector for this month- Vardhman Textiles. 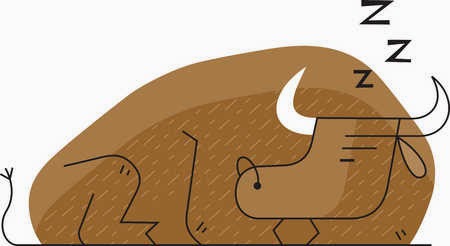 History
Vardhman Group is a leading textile conglomerate in India having a turnover of $1009 mn. Spanning over 25 manufacturing facilities in five states across India, the Group business portfolio includes Yarn, Greige and Processed Fabric, Sewing Thread, Acrylic Fibre and Alloy Steel.
Vardhman has evolved through history from a small beginning in 1965 into a modern textile major under the dynamic leadership of its chairman, S.P.Oswal. His vision and insight has given Vardhman an enviable position in the textile industry. Under his leadership, Vardhman is efficiently using resources to innovate, diversify, integrate and build its diverse operations into a dynamic modern enterprise.

The industrial city of Ludhiana, located in the fertile Malwa region of Central Punjab is otherwise known as the “Manchester of India”. Within the precincts of this city is located the Corporate headquarters of the Vardhman Group, a household name in Northern India. The Vardhman Group, born in 1965, under the entrepreneurship of Late Lala Rattan Chand Oswal has today blossomed into one of the largest Textile Business houses in India.
At its inception, Vardhman had an installed capacity of 14,000 spindles, today; its capacity has increased multifold to over 10 lacs spindles.
Cotton in India
Cotton is one of the principal crops of the country, providing substantial employment and making significant contributions to export earnings. It engages around 6 millions farmers, while another 40-50 million people depend on activities relating to cotton cultivation, cotton trade and cotton processing for their livelihood. It is the principal raw material for the domestic textile industry comprising many spinning mills and composite mills, Cotton has turned out to be an incredibly good performer in the country’s agricultural sector. India ranks first in cotton-cultivated area and second in production among all cotton producing countries in the world, next to China.

Recent years have seen significant improvements in Indian yield and production due to widespread introduction of genetically modified (GM) seed.
Rainfall
India has distinct wet and dry seasons and depends on the monsoon rains to nourish many of its agricultural crops. About 80 per cent of India’s annual rainfall comes from the monsoon, which typically occurs between June and September. Since only about 35 per cent of India’s cotton acreage is irrigated, yields and production are highly susceptible to annual variation in rainfall.
Export and Import of Cotton
The outgoing textile minister has performed to best of his abilities to get the industry running high.The government is eyeing textile exports target of $60 billion in 2014-15, as it aims to cash in on developed nations’ increasing dependence on India while focusing on skill development in the country. As this year the sector has contributed much to reduce CAD, we are pretty much sure that the next government will also continue to whatever is required to keep the sector growing.
Role of textile industry in India’s GDP
The sector contributes about 14 per cent to industrial production, 4 per cent to the gross
domestic product (GDP), and 17 per cent to the country’s export earnings. It provides direct employment to over 35 million people. The textiles sector is the second largest provider of employment after agriculture. Thus, the growth and all round development of this industry has a direct bearing on the improvement of the economy of the nation.
India has the potential to increase its textile and apparel share in the world trade from the
current level of 4.5 per cent to 8 per cent and reach US$ 80 billion by 2020.
Technology Upgradation Fund Scheme

The Technology Upgradation Fund Scheme (TUFS) was commissioned on 01.04.1999 initially for a period of five years with a view to facilitate modernisation and upgradation of the textiles industry by providing credit at reduced rates to the entrepreneurs both in the organised and the unorganised sector. TUFS has helped in the transition from a quantitatively restricted textiles trade to market-driven global merchandise.It has infused an investment climate in the textiles sector.
The Cabinet Committee on Economic Affairs, on Thursday, gave its approval for implementation and continuation of Technology Upgradation Fund Scheme (TUFS) during the XII Plan period with a major focus on powerlooms with a total outlay of Rs.11,900 crore. The scheme is aimed to promote indigenous manufacturing of textile machinery.
Technical Textile Segment
Technical textiles are an important part of the textile industry. The Working Group for the Eleventh Five Year Plan has estimated the market size of technical textiles to increase from US$ 5.29 billion in 2006-07 to US$ 10.6 billion in 2011-12, without any regulatory framework and to US$ 15.16 billion with regulatory framework. The Scheme for Growth and Development of Technical Textiles aims to promote indigenous manufacture of technical textile to leverage global opportunities and cater to the domestic demand.
Further, the government is set to launch US$ 44.21 million mission for promotion of technical textiles, while the Finance Ministry has cleared setting up of four new research centers for the industry, which include products like mosquito and fishing nets, shoe laces and medical gloves.
The global technical industry is estimated at US$ 127 billion and its size in India is pegged at US$ 11 billion.
Textiles Parks
The Indian Government has given approval to 40 new Textiles Parks to be set up and this would be executed over a period of 36 months. The new Textiles Parks would leverage employment to 400,000 textiles workers. The product mix in these parks would include apparels and garments parks, hosiery parks, silk parks, processing parks, technical textiles including medical textiles, carpet and power loom parks.
Features of Indian textile industry
Increasing Promoter+ FII holding
Promoters holding have seen continuous rise for sometime now. Recently baring  PE was seen hiking their stake in vardhman textiles. Slowly but surely investors are getting interested and we are sure of good returns in the future.
Company Consistently sharing dividends also for the several years.
Reducing debts
As profitability is increasing , its becoming easier for companies in the sector in reducing the debt’s. However textiles is a capital intensive sector and there are limitations to reduce the short term borrowings which are mainly required for working capital.However long term borrowings are coming down giving extra thrust to the bottom line.

Conclusion
Textile is a capital intensive sector by its nature and always sits with low p/e. However this time the p/e is below the normal history averages and there we found value from a long term perspective. Textiles can start running after all the other sectors are tires out. We feel the new government will understand the scope of employ ability and what textile as a sector can contribute to the economy.
Vardhman textiles one of India’s largest integrated textile manufacturers, is trading below its book value. At present, China is buying cotton from farmers at a substantial premium to the international prices. While this has made yarn and textile manufacturing unviable, we believe this is an opportunity for vardhman which earn a significant amount from yarn exports. Rupee depreciation may also generate higher margins. Vardhman has expanded during the lean period, which is reflected in its steadily-increasing book value. Given the improved business environment, it can be a good investment. In fact 2013, the stock rose 50.32% to Rs 375.80 and 2014 is still a ???????
Investors with patience can enter now @ CMP ~342 !!